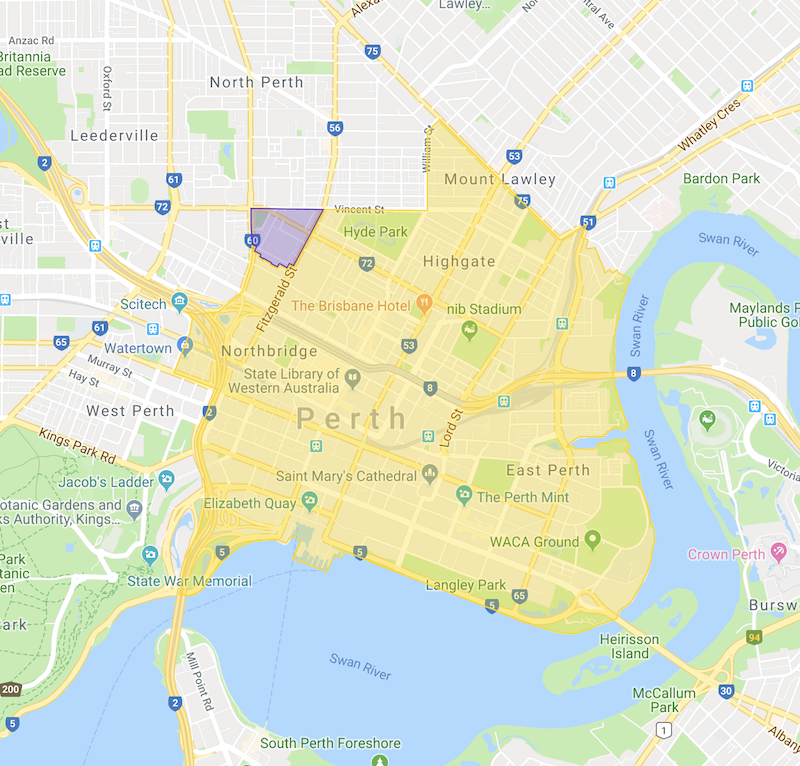 The Principal will enrol an eligible child whose usual place of residence is in the local intake area for the school (Pre Primary to Year 6).

Please Note: Kindergarten is not compulsory.  If you are in the local intake area and the school is at its maximum capacity of enrolled Kindergarten students, your child will be placed on a waitlist and you will be notified when a place becomes available.

The school will enrol students under the following priorities (Pre Primary to Year 6):

If, and only if, there is spare capacity:

This map is provided as a guide. Please note that in some cases only one side of the street falls within the boundary. Further clarification of the boundary should be made to Highgate Primary School 9253 2700.

The local intake boundary is gazetted by the State Government.

The following defines the local-intake area of this school (YELLOW ZONE):